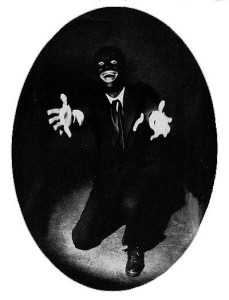 POLITICALLY INCORRECT: RACISM AND SEXISM ON FILM!
Here is some rarely-seen 16mm film. We must keep a historical perspective when viewing this stuff, using film as time travel to visit our cultural past. We’ll experience social, cultural and political attitudes that time forgot! To understand where we are now, we must see where we have been. Be warned: This Stuff Will Make You Squirm! If you are sensitive, this stuff will hurt your feelings. Try to re- member, history is not what we wish it to be, it is what it is, and it ain’t cute!

This thematic presentation can include any or all of the ingredients below: two reels of RACE CARTOONS and a reel of Hollywood clips titled MUSICAL INSULTS TO WOMEN chock-full of peculiar role expectations and violent romantic notions. Can a man slap a woman, yet it feels good?

Fairness demands a reel of MUSICAL INSULTS TO MEN, too. And more music with a reel of BLACKFACE SONG-AND-DANCE clips, plus samples of BAD WHITE JAZZ and more! Have we left anyone out? There is a clip reel I call WHOOPS, I’M AN INDIAN and another one on THE YELLOW PERIL.

How about a complete MINSTREL SHOW? Here’s an unapologetic and nostalgic look back at this strange theatrical form with classic acts recreated by Jolson, Cantor and others.

Your jaw will drop for RAMAR OF THE JUNGLE, a 1950s adventure series. How many felonies does the hero commit against the natives? You count ‘em!

I am always on the lookout for more specimens of ideological kitsch, and will shortly be getting a full length drama about PASSING FOR WHITE, more on this after I have reviewed it. 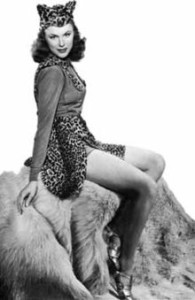 TIGER WOMAN (1944) An excellent female empowerment fable with serial queen Linda Stirling, who did her own stunts and riding. She fights men, swings on ropes, shoots lots of bad guys and rescues the hero. Her partner is buckaroo Alan Lane (later the voice of Mr. Ed) and his sidekick is Duncan Renaldo (later The Cisco Kid). The Tiger Woman is the white queen of an Indian tribe in the jungles of South America, defending her territory and people from ruthless oil prospectors. Cut down from a 12-chapter serial into a very coherent two-hour narrative with all the padding and rambling trimmed out.

WONDER WOMAN (1975) A TV episode from Lynda Carter’s first season as the epic heroine. A female nazi mad scientist (got that?) has wired the brain of a gorilla to attack our Amazon Princess.  And we’ll add the first chapter of a Linda Stirling serial in which she cracks Zorro’s Black Whip as The Lady Zorro! 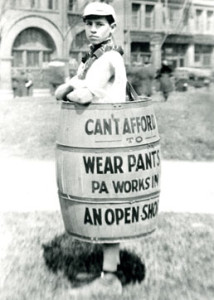 THE INHERITANCE (1964) Made for the 50th Anniversary of the Amalgamated Clothing Workers of America, shows the history of the garment workers from 1900 to 1964. We see immigrants pour through Ellis Island in the early 1900s, Lower East Side sweatshops, child labor in coal mines and textile mills, World War I, the Depression. Immigrants struggle to become part of their new country, join in brutal labor battles to organize into a united movement during the 1930s. Includes actual footage of the Memorial Day Massacre at Republic Steel.
The film moves through World War II and the Civil Rights movement of the 1960s, as each generation fights to preserve and expand its freedom. Director Harold Mayer uses old photos and newsreel footage well to tell the history of the union. With folk songs, plus original music by Y.A. “Yip” Harburg (Over the Rainbow). Voices of Pete Seeger, Judy Collins, Tom Paxton. Produced by blacklist victim Millard Lampell.

WITH BABIES AND BANNERS (1979)The Women’s Emergency Brigade of the 1936-37 GM sit-down strike is recalled by veterans of the struggle who are still combative and defiant! Interviews are intercut with newsfilm and footage shot inside the occupied GM plant to make an exciting documentary. We’ll see thrilling examples of solidarity as crowds gather to support the strikers and women volunteer to bring food and water, defying brutal police using tear gas and clubs! This is the strike that established the UAW as a force to be reckoned with, opening the door to organizing the US automobile industry. Directed by Lorraine Grey. Produced by Lorraine Grey, Lynn Goldfarb and Anne Bohlen, and nominated for an Oscar.

HENRY WALLACE SPEAKS: FDR’s VP Henry Wallace gives a rousing 1942 speech while WWII rages, calling the fight against fascism a continuation of a great struggle that includes the American, French and Russian revolutions. Dropped from the Democratic ticket for being too progressive, Wallace was replaced by Truman in the election of 1944. In 1948 Wallace ran against Truman as the candidate of the Progressive Party and gave a speech calling for a détente with socialism to avoid a protracted and wasteful cold war. We’ll see both speeches here.

WHO WANTS A UNION? An educational documentary about modern union-busting methods, using public relations consultants instead of goons and scabs, to convince workers to trust management and reject the claims of union organizers.

HARVEST OF SHAME: Ed Murrow’s brilliant documentary on the plight of migrant farm workers, first shown right after Thanksgiving 1960 to force us to confront the labor atrocities that fill our tables. Not much has changed since then.

MILES OF SMILES, YEARS OF TEARS (1982) As service workers in a luxurious sleeping-car train system, Pullman porters had both the highest status in the black community and the lowest rank on the train. They were trapped in the dual roles of charming host and obedient servant. In this brilliant color documentary, interviews with retired porters provide extensive firsthand accounts of their work, the job inequities they faced, the formation of the Brotherhood of Sleeping Car Porters, and the strike led by A. Philip Randolph, who was later Martin Luther King’s organizer for the million-man March. 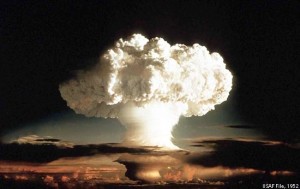 Let’s revisit The Cold War. We’ll learn How To Survive A Nuclear Attack, spend A Week In A Fallout Shelter,  probe the communist mind in Comrade Lindemann’s Conscience and see what happens when the Commies lock horns with the Christians, guess who wins. If we examine the past, we may better understand the present! Why repeat old mistakes when we could be making new ones?

Features on this theme are also available: I WAS A COMMUNIST FOR THE FBI (1951) about sneaky commies infiltrating a labor union versus double agent Frank Lovejoy and FAIL-SAFE (1964), the serious drama about a nuclear bomber headed for Moscow by a mistake that President Henry Fonda cannot correct.